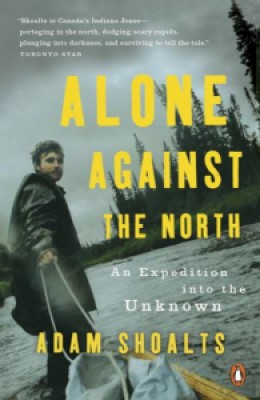 Proving the age of exploration has never ended, Adam Shoalts has captured media and public attention in his Canadian homeland. He has crossed the arctic territories by canoe, delved deep into Hudson Bay lowlands and seen things most could only imagine. Paddling, porting, and polling his way along, Shoalts has witnessed sandy dune deserts at high latitudes and Jurassic-like lands time forgot.

Far up rough rivers and high in the arctic mountains are places rarely seen. Google Earth can’t show it. If you really want to see something new, you’ve got to go there.

Who is Adam Shoalts?

Adam Shoalts became accustomed to the wild early in life, playing in the woods near his home. The idea of becoming a permanent city dweller, complete with 9 to 5 mediocrity was never an option. In a man-made world where the environment is only an afterthought, Shoalts craves connection with nature.

As an adult, Shoalts writes articles for Canadian Geographic, sometimes works as part of an archaeological crew and spends much of his time planning the next expedition. He prefers the buddy system for extreme environments but few friends are available. Expedition partners will back out at the last minute or make themselves scarce upon learning his plans.

Due to the narrow window of time and short Summers in Northern Canada, Shoalts often gives up looking for teammates. The solo trips are long and hazardous but the explorer manages by being constantly on the move. After a brief rest, he is back at it, finding his way thru yet another mile of untouched wilderness and winding stream. 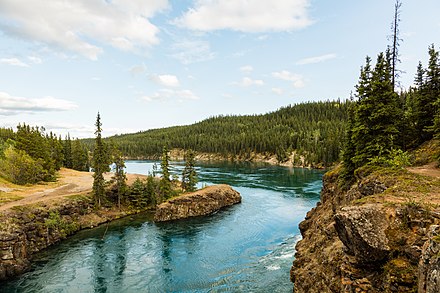 One must be resolute and comfortable within themselves to attempt such journeys. You have to be a master of self-talk and not easily discouraged. Bad things will happen. There might be a hole in your canoe or a shortage of supplies. There is always the threat of hypothermia. In the far North, insects and black flies are a constant menace. There are apex predators like polar bears roaming about but no matter what, Shoalts survives time and again.

Anyone interested in exploration would find Shoalts’ stories helpful. His descriptions of overcoming obstacles, polling against the current and porting his gear across boggy terrain are inspiring. I think it is his willingness to attack problems that grants success.

You might also enjoy his description of “magical” meetings and encounters with wild animals – many who seem awestruck to behold a human for the first time!

Three of his books are available: 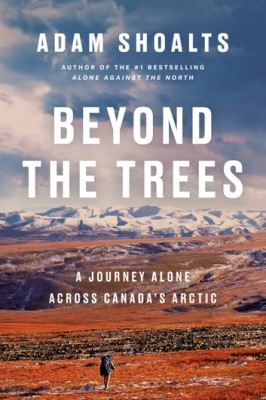 A History of Canada in 10 Maps: Adam reveals Canadian history and geography to be far more fascinating than what was taught in public school.

Alone Against the North is Shoalts first book describing his travels though the Hudson Bay lowlands, exploring the “Again” river and visiting some unusual places. I really enjoyed this one and found it hard to put down.

In Alone Against the North, Shoalts’ explorations go beyond frigid waters and geology to look at the monsters of Canada. It must be emphasized that Shoalts is skeptical where fringe topics are concerned. He prefers scientific and more sensible explanations and this might have to do with keeping calm in dangerous territory as the explorer needs to overcome fear and adversity.

Avid Youtube watchers and monster enthusiasts have likely heard of people disappearing in the wild. It’s a popular topic. Former police detective, David Paulides has written books (for example: “Missing 411”) and given many interviews talking about people vanishing in US national parks. Occasionally, the circumstances are so chilling and bizarre, the authorities are left scratching their heads. Some might even wonder if cryptids like Bigfoot (aka Sasquatch) or the Wendigo are to blame.

“I don’t know what to say about the Matlox, inhabitant of the mountain districts, of which all have unbelievable fear. They imagine his body as very monstrous, all covered with stiff black bristles, a head similar to a human one but much greater, sharper and stronger fangs than a bear; extremely long arms; and toes and fingers armed with long curved claws…”
-Spanish Explorer Jose Mariano Mocino, 1792

For the Canadian children who have listened to spooky stories while sitting next to a campfire, the idea of a hairy humanoid monster creeping about the woods was enough to keep them from straying too far at night. Stories of the skeletal flesh-eating Wendigo might be even more terrifying (more on that later!).

The hardy adventurer, however, is stoked to delve into such mysteries. While touring British Columbia with a native guide, Shoalts brought up Sasquatch. The guide pointed out a high peak and said, “you see that mountain over there? No one goes up that mountain. Sasquatch lives there”. (page 184).

A few days later Shoalts went hiking around the lower slopes of the very mountain. He searched for five days but found little more than caves inhabited with spiders. Returning to his camp on the first night, he saw a tree with fresh claw marks as though some large creature was marking its territory as a warning. These marks, he decided, were typical of a grizzly bear. Needless to say, sleep didn’t come easy that night.

Determined to remain rational, Shoalts has developed a take on the Sasquatch legend:

“The tribes along the coast… they looked upon the mysterious tribes of the interior as primitive half-savages that wandered the forests in small bands like animals. They called these uncouth wanderers ‘sesqec” (accented), a Salish word meaning “wild man”. These traditions were garbled up with the tales of the grizzly bear – a huge, shaggy-haired creature that stands up to 3 meters on its hind-legs – to create the legendary Sasquatch” (Adam Shoalts, Alone Against the North, page 177).

A plausible explanation for the Pacific coast but not exactly the last word on Big Foot. There are monster researchers who would point out the legend is widespread across North America:

“Every Indigenous linguistic group has its own name for Bigfoot, strongly suggesting the stories of these figures did not arise from a single location” (see page 188, “Canadian Monsters & Mythical Creatures” by Andrew Hind, Quagmire Press, Alberta, 2017).

Let’s not forget stories of the Yeti in Asia, the Maracoxi encountered by Percy Fawcett in South America and other hairy bipeds the world over. Hairy man creature stories seem to go back as far as the Epic of Gilgamesh and Big Foot origins might go further than human memory!

The monster’s existence also seems to be corroborated by what some believe to be physical evidence:

“Literally hundreds of Bigfoot casts have surfaced over the past half-century, and though some are assuredly faked — some cleverly so — one cannot discount all of them. Some of the footprints are so detailed that they even exhibit distinctive forensic features, such as dermatoglyphs (fingerprints) and pressure cracks, which are nearly impossible to fake and therefore indicate to researchers that the footprints are real” (Ibid, page 197).

The Wendigo (not Winnebago)

“The Windigo, a half-human. flesh-eating creature, scours the lake shores looking for those who sleep carelessly without a fire, and makes sleeping out in some sections a thing of horror”.
-Grey Owl (quoted in Shoalts, page 147, Alone Against the North).

Shoalts also mentions the Wendigo in “Alone Against the North” and “10 Maps”. He discusses two types:

Included in his Alone Against the North is a fascinating Wendigo account involving Randy, a Cree the author meets in a Northern community. Randy tells of witnessing a supernatural figure one night. The man seems very sincere but Shoalts remains skeptical.

One cannot blame Adam for not believing in Sasquatch or the Wendigo. Traveling non-stop through the wild, the solo explorer needs a focused mind and a good night’s sleep!

Yet, the author/adventurer does seem to spend a lot of time researching the Wendigo. I hope for his sake, Adam Shoalts never meets one!

Far up dangerous rivers and high in the arctic mountains are places rarely seen and things that should be left unfound.