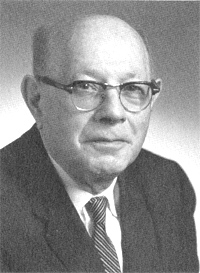 Gabriel Kron was as self-directed as they come. As a young engineering student at Michigan State University, he divided his week between school and what he truly wished to know. For the first 4 days of the week, he attended classes and course work but from Friday noon onward, Kron forged his own learning plan.

Upon graduation, Kron conceived his post-grad study; a trip around the world with an emphasis on walking and mathematical thinking. He packed a differential equations text book and embarked on an adventure.

After visiting the paradise of Tahiti and finishing the Differential Equations tome, Kron went on to Australia and a book on Vector Analysis. Observing how the world was connected by roads, rivers and train tracks, Kron envisioned a new mathematics:

“In those long weary walks through Queensland and later though Asia, the outlines of a ‘many-dimensional vector analysis’ began to take shape in my mind. Under the simulation of my everyday preoccupations with imaginary maps of unknown territories, an analogous mental picture engineering structures – such as an electric machine, or a bridge, or an airplane – engraved itself in my mind. They appeared, for purposes of analyses as a collection of numerous multi-dimensional spaces connected together into one unit in a manner very much as the numerous countries and islands and continents are interlinked by a web of roads and customs and laws… years later I discovered that mathematicians had already laid a firm foundation under the name Tensor Analysis for just such a type of calculus as I attempted to develop”. (from “The Evolution of an Engineering Scientist”, written by Philip L Alger in a book entitled “Gabriel Kron and Systems Theory”, published by Union College Press, Schenectady, New York, 1973, and edited by H.H. Happ)

Kron wanted new ways to think of machines as a mathematical system. Upon returning to the United States, Kron wrote his first paper entitled “Generalized Theory of Electrical Machinery” (1930) and started down a theoretical path few engineers will ever venture. He believed that all electric machines were only special cases of a “generalized machine”, and the understanding of that general machine would lead to the invention of new types.

In 1935, Gabriel Kron won the Montefiore Prize from the the University of Liege in Belgium for his 1934 paper, “Non-Riemannian Dynamics of Rotating Electrical Machinery” and his noteriety began.

“The paper instantly produced wide-spread discussion and controversy. Working alone, applying mathematical concepts in ways never done before, Kron gave new meanings to terms and disregarded established rules, so that many mathematicians derided his work: (They said) it was just for show, it was needlessly complex or it was of no practical use. When he first put his ideas forward, there were no large computers, and engineers were little concerned with systems; so it took some years for their value to be appreciated… One difficulty is that Kron always wanted to generalize. Thus his methods were more complex than required for any particular problem. They could be used for a wide variety of problems, but the engineer who was concerned with a particular machine preferred to use the simplest method and took little interest in Kron’s elegant theories”. (Ibid, Alger)

Some scoffed at his notions but Kron was ultimately vindicated as his ideas are widely used today. He invented Diakoptics and one could say Kron was ahead of his time. More open-minded professionals were impressed with the man and he landed a job with General Electric in 1936, working most of his career (1936-1966) as a valued problem-solver.

Each night after concluding work at General Electric in Schenectady, New York, Gabriel Kron made a point to walk the 4 miles home. Sometimes a friend would accompany him but conversation would soon turn to Kron’s study. According to his daughter, Kron was always hard at work developing his own ideas; “his evenings, his free time were all spent at his desk in the dining room…”. (Ibid, Alger)

Gabriel Kron would publish over 100 papers and 7 books during his lifetime. His influence and innovation can still be felt today. 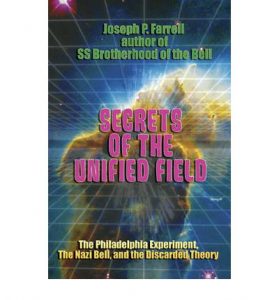 Farrell also suggests that Kron’s work might have also attracted the attention of Nazi scientists. In his book, “Secrets of the Unified Field” we learn of alleged military research and development in both Germany and the United States, such as the Nazi Bell and the infamous Philadelphia Experiment. Though Einstein’s Unified Field Theory of 1928 failed in the eyes of fellow physicists, it might have been locally engineerable so that truly bizarre weapons and machinery could be built. To summarize, Farrell implies the power output of the Nazi Bell could have made the allies atomic bomb look like a “kitchen match”!

Farrell thinks the Nazis would have known of Kron’s prize paper. After Theodor Kaluza wrote about the possibility of a higher fifth dimension unifying the laws of physics, Nazi scientists might have been intrigued by the idea of a “multi-dimensional rotating machine” and how it could be weaponized for their nefarious ends. According to alternative researcher Igor Witkowski, the Germans built a top secret and bizarre electric machine during World War Two called “the Bell” ( also known as “Project Chronos” – Chronos is the personification of Time in pre-Socratic philosophy).

The device was hidden beneath the Earth in a bunker and consisted of two counter-rotating drums filled with a “red mercury” or special substance code-named “Xerum 525”. The counter-rotation produced “torsion” fields and many of its researchers reported strange headaches and illness. Crystals would form in animal tissue and plants would be reduced to a strange goo after exposure to the machine. The twisting together of fields (or torsion) caused by the two counter-rotating drums are thought to have caused pleats in space-time allowing for all kinds of interdimensional weirdness; perhaps an incredible release of energy, time warps and Lord knows what else!

Of course, Farrell might be wrong about this “secret” history. Yet, his “Secrets of the Unified Field” is nonetheless a well-researched and fascinating read I highly recommend. It seems Farrell has identified a chain of evidence for all kinds of oddities. (For more on the Bell see my post on Nick Cook’s Search for Anti-Gravity)

I discovered that Kron learned English by studying H.G. Wells science fiction (the author of Food of the Gods, The Time Machine, War of the Worlds, etc, etc). Maybe, he pictured Wells’ machine creating paranormal vortices through time with rotating machinery.

A model of HG Wells Time Machine as it appears in the excellent 1960 film. The disc at the back is part of the fictional rotating machinery.

Kron also told his friend Edwin K Tolan that “he was sure that nature had provided short-cuts for travel between planets and the scientists task was to find those hidden short-cuts”. (Quoted from foreword written by Edwin K Tolan of book entitled “Gabriel Kron and Systems Theory”, published by Union College Press, Schenectady, New York, 1973, edited by H.H. Happ).

“A true negative resistor appears to have been developed by the renowned Gabriel Kron, who was never permitted to reveal its construction or specifically reveal its development”. For an oblique statement of his negative resistor success, Bearden points to the Gabriel Kron paper “Numerical Solution of Ordinary and Partial Differential Equations by Mean of Equivalent Circuits”, Journal of Applied Physics, Vol. 16, Mar. 1945a, p. 173.” where Kron says “negative resistances are available for use with a network analyser”. (Excerpted from “On Extracting Electromagnetic Energy from the Vacuum,” IC-2000, by Tom Bearden. See http://www.cheniere.org/misc/kron.htm)

On a conspiratorial note, maybe powerful authorities are hiding the secret to free energy for military purposes or to protect their investments in oil. Perhaps we are paying a “power bill” for no good reason!

The weird science stories might only be myths but as they say with each myth, there usually exists a kernal of truth. Kron’s friend Dr Edwin Tolan explains:

“I say that the crystal computer constituted a prototype because I believe this work was successfully accomplished in all its theoretical aspects long before his death, for Gabe showed me what he considered to be proof of the superiority of his new instrument. By this time, however, something else entered his mind. I suspect that with the theoretical background of his work in developing the crystal computer it was not a big jump for the mind of Kron to begin thinking of the universe itself as a crystal. I also suspect that what he was working on when he died was a general theory applicable to the universe as whole system. After all the universe is a complex phenomenon in which many heterogeneous activities take place simultaneously. Perhaps Gabe had more than a vague intuition about short-cuts for interplanetary travel”. (Quoted from foreword written by Edwin K Tolan of book entitled “Gabriel Kron and Systems Theory”, published by Union College Press, Schenectady, New York, 1973, edited by H.H. Happ).

Later in life (the 1960s), Kron talked of his idea for a “Crystal Computer” and how it might be his “crowning achievement”. I wonder if the crystal computer was shaped like a human skull! (the “Crystal Skull” is mentioned in an earlier post on FW Mitchell-Hedges. See Mitchell-Hedges and the Quest for Danger). Dr. Tolan, says they jokingly referred to the machine as a “vest pocket computer”; it sounds like a smart phone but a lot smarter.

As a young man travelling around the world, Gabriel Kron visited some of the greatest miracles in engineering such as the Taj Mahal and the pyramids of Giza. Such elegant structures likely inspired him to seek beauty in his mathematical thinking.

Kron’s long walks might have ruined a pair of perfectly good shoes but the ideas developed along the way opened new vistas. Some criticized his unusual ideas (with debates raging over Kron in the 1950s especially) but he contributed to the field and inspired others to ideas applicable in the computer age.

When it comes to the application of electricity, most people think of names such as Edison and Tesla but there are others who have made incredible and forward-thinking contributions such as Charles Concordia and Gabriel Kron:

Many of the electric marvels we witness or take for granted today are thanks to engineers and physicists like Kron who remain largely unknown.
Buried amongst their papers are some truly fantastic ideas!

It seems Gabriel Kron beat a path to our ultra-tech future.
-AJB